Shots may hurt, but shingles hurts more and lasts longer. 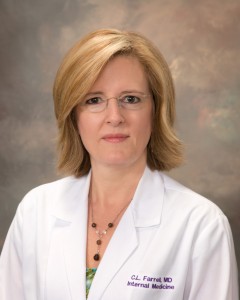 For shingles patients who go on to develop postherpetic neuralgia, the pain and complications last a whole lot longer.

Those facts bolster arguments by physicians, pharmacists and the federal Centers for Disease Control and Prevention for why people should get the new shingles shot called Shingrix.

Wait a minute, you may say.

I already got the earlier shingles vaccine called Zostavax.

Been there, done that. Hate shots. Why would you tell me to do it again?

Shingrix, which got approved last year, performs better than Zostavax, which has been in use since 2006, they respond.

Zostavax lowered risk of getting shingles 51 percent overall, Farrell said, but its effectiveness decreased with age.

“It was the best we had and it was better than nothing,” Farrell said.

Shingrix has a 97 percent risk reduction for people older than 50, she said, and 90 percent for people 70 and older.

People who are 50 or older can get Shingrix, even if they’ve received the Zostavax shot or had shingles previously, according to the American Pharmacists Association.

People who already got Zostavax should wait at least eight weeks after getting it before getting Shingrix, CDC says on its website, www.cdc.gov.

If you wait years, however, Zostavax’s effectiveness is reduced.

“The most significant waning of the Zostavax vaccine is seen at five-to-eight years,” said Farrell, who was board certified in infectious disease but didn’t renew that certification when she decided to concentrate on primary care.

“But, the problem is, you don’t know how good your response was to the vaccine in the first place … If it’s been a couple of years, I would recommend reimmunizing.”

People who are immunocompromised because of immune-modulating drugs, chemotherapy or other treatments need to talk to their doctor about whether they should get any shingles vaccine.

Don’t get Shingrix if you’re pregnant or breastfeeding, currently have shingles or have had an allergic reaction to any component of the vaccine.

People who have had chicken pox are at risk of shingles.

The chicken pox virus lives in nerve roots, kept in check by the immune system, but it can escape and travel down the nerve to erupt on the skin, Farrell said.

Ninety nine percent of U.S. residents 40 and older had chicken pox, whether they remember it or not, according to CDC.

Some physicians, clinics and pharmacies are giving the new shingles shot.

Florida pharmacies had a slight delay in getting approval to administer Shingrix, but that’s been resolved.

“Pharmacies in the state can provide the shingles vaccine,” said Amy Lanctot, a media contact for CVS Pharmacy. “They just took a little longer than the other states.”

Farrell gave the first dose of Shingrix in her office April 18.

Shingrix is given in a two-dose series, with doses spaced two months to six months apart. Most people get a sore arm with mild or moderate pain after getting it, sometimes with redness and swelling, the pharmacists’ association said.

Robin Williams Adams can be contacted at [email protected].

The Ledger – June 6, 2018
By Robin Williams Adams Your Health correspondent