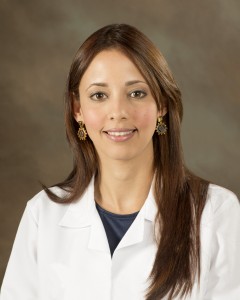 “AN HOUR with your grandchildren can make you feel young again.” Grandparents like Susan Sartain, a marketing and communications manager for Baycare’s Bartow Regional Medical Center, will tell you such a sentiment is true, and now there’s even science to back it up. Australian researchers concluded in a recent study that spending time with grandchildren helps protect grandmothers from cognitive disorders, like Alzheimer’s, depression, and more.

Sartain enjoys spending a few hours on Saturday or Sunday with her fouryear-old granddaughter, Sophia, and she can attest to the rejuvenating abilities of spending time with grandchildren. “Taking the time to teach a young child when you are not responsible for putting a roof over their head or food on their table is inexplicable joy,” Sartain quips. She explains how she spends a great deal of time with the elderly, and the difference between the two age groups is night and day. “Spending time with seniors has many virtues, but spending time with young children is like watching – flowers and trees blooming in the spring.”

During the study, done by the Women’s Health Aging Project, nearly 200 women ages 57 to 68 were assessed. Most of them— 120 of the group— regularly watch and care for their grandchildren. All of the women were given a series of mental acuity tests that measured each woman’s working memory and mental processing speed. The results showed that the women who watched their grandchildren one day a week scored higher on the tests, indicating they were less likely to suffer from cognitive issues like Alzheimer’s, dementia, depression, and more.

It’s a relationship that Jorge Giraldo, the owner and CEO of Senior Helpers in Lakeland— a home health agency focusing on allowing aging clients to continue to live as independently as possible— sees proof of all the time. “It is imperative for an aging individual to stay socially connected to their family, friends, and community in general,” Giraldo elaborates.

“I do agree with the research that shows the impact of the social interactions on how a person ages. Part of the reason is that our brain is also a muscle; it needs to be exercised and utilized in order to maintain its function.” While the researchers in the study maintained that more inquiries into the topic would be needed to explain the exact ways and means of the  ndings, there are many possible explanations as to why watching youngsters would give grandmothers’ mental acuity a boost.

Dr. Pamela Reyes, an Internist with Bond Clinic in Winter Haven, agreed with the research and offered a possible explanation, especially concerning depression. “Depression in older adults is very common,” she shares. “They feel isolated and they lose purpose.”  However, watching grandkids both fights isolation and gives older adults a feeling of purpose and of fullling a need, both of which, in turn, combats depression. “ They can get that energy and that purpose in life . . . and just by doing that, they can improve their cognitive abilities,”  Dr. Reyes adds.

Sartain adds another possible explanation, based on her own research—which includes everything from painting and play dough to walks, feeding the ducks, and playing with Legos— with her granddaughter Sophia. “Fouryear-olds are asking a lot of questions, and you have to be quick to answer appropriately. It keeps you on your toes,” Sartain observes. “I laugh out loud and sometimes to myself as I watch the expansion of knowledge.” She believes there is something innately uplifting about young kids, and that spending time with them lets a little of that magic rub off. “The happiness and joy in helping a child and watching her learn is motivation to stay on top of your game. I suspect the psychological aspect of experiencing the joy of youth improves cognition,” she suggests. Giraldo agrees, offering personal perspective as well. “I experienced this firsthand in seeing my aging mother light up and enjoy her time with my son,” he recalls. “It was beautiful to see their interaction when she visited.”

Benefits to mental health and cognition are not the only advantages to spending time with grandchildren. Dr. Reyes maintains that there are physical benefits to be reaped as well from being active and playing with grandchildren as much as possible. “Exercise would improve a lot of things in older adults,” Dr. Reyes continues, “including improved conditioning, strength, flexibility, and overall physical tness, generally speaking. – They would improve also their mobility and reduce the onset of mobility-related disabilities,” she says. She adds that such exercise has the ability to ward of the risks of cardiovascular disease, stroke, hypertension, diabetes, anxiety, many types of cancers, and more.

ALL THINGS IN MODERATION

While the study showed that getting the younger generation and the older generation together is a good thing, too much of a good thing is never desirable.  The study also showed that grandmothers who were responsible for their grandkids five days a week actually did worse on the tests. “Everything in excess is not that good,’ Dr. Reyes cautions. “Depending upon the medical conditions of the person, five days a week would be too much.”

Susan Sartain concurs, despite loving her time with her granddaughter. “I enjoy picking her up at 9:00 a.m. and taking her home at 2:30 p.m. for her daily nap,” Sartain shares. “I believe that watching grandchildren five or more days a week would be similar to being a parent.  The grandparent would have the chores and stress that are involved with raising children. Playing with them leisurely is joyful while being totally responsible for their daily activity would be exhausting for a senior,” she explains.

Sartain shares a story about what her grandkids’ other grandmother told their adult children after Sartain had watched the grandkids for four days: “she said, ‘Susan has had her suitcase and things loaded in her car all day waiting for you to come home.’” It’s no wonder that the adage about spending an hour with one’s grandchildren has a comical second half: “An hour with your grandchildren can make you feel young again . . . anything longer than that, and you start to age quickly!”