Patti Kapur has a close, ongoing relationship with Rebecca Olson, a woman she’s never met in person but whom she trusts to keep her blood flowing smoothly.

Olson, a registered nurse, is team leader at Watson Clinic’s anticoagulant clinic, which monitors the blood of patients who take the anticoagulant warfarin, better known as Coumadin or Jantoven.

If Kapur’s blood is clotting too much, or not clotting fast enough, Kapur can expect an alert from Olson and discussion of what to do about it. 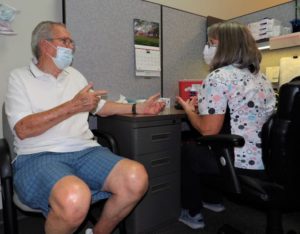 She can call Olson and others at the clinic with concerns about her medication and learn changes needed if she has surgery, goes on an antibiotic or wants to revamp her diet.

“They’re very good at communicating with you and monitoring,” said Kapur, 72.

The Lakeland resident was diagnosed with atrial fibrillation, a heart rhythm problem that can lead to clots and stroke, about 20 years ago.

People with atrial fibrillation are five times more likely to have a stroke than people with normal heart rhythm.

Smaller percentages of people go on it because of pulmonary embolism (clots in the lung); deep vein thrombosis (clots) in the legs or pelvic area; and relatively uncommon genetic factors causing excessive clotting.

When Kapur turned 65, another cardiologist put her on warfarin.  Around for decades, that medication once held a virtual monopoly on anticoagulant treatment. Clinics set up to monitor its impact became known as Coumadin clinics.

Those clinics still exist, but the number of patients using them has gone down since a cluster of 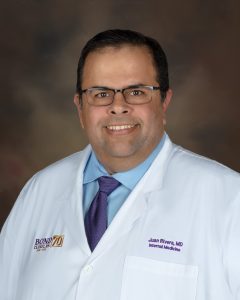 Warfarin no longer is the lone ranger in the fight to prevent blood clots from growing larger or keep new ones from forming.

A bunch of newer kids in town started carving out a major share of the market after their approval from 2010 on. They include dabigatran (Pradaxa), apixaban (Eliquis), rivaroxaban (Xarelto) and edoxaban (Savaysa).

Those four are called NOACS, novel oral anticoagulants, and they operate on different parts of the blood-clotting process than warfarin does.

They’re giving many patients choices unavailable a decade ago. An estimated 8 million in the United States were on anticoagulants in 2018.

“These medications have been shown to be significantly superior to warfarin,” said Dr. Juan Rivera, internal medicine specialist and medical director for Bond Clinic, which has its own anticoagulant clinic in Winter Haven.

He referenced a major 2019 update from the American College of Cardiology, American Heart Association Task Force on Clinical Practice Guidelines and the Heart Rhythm Society.

Because these drugs don’t require the regular blood testing that warfarin does, and don’t have as big an impact on diet and medications, they’ve became increasingly popular.

Warfarin interferes with the liver’s ability to process vitamin K into blood-clotting factors by preventing its absorption into the gut, Gonzalez said.

Dabigatran inhibits thrombins, enzymes in blood plasma that cause clotting.  The other three NOACs mentioned above inhibit a factor called Xa, which is found in blood and in existing clots.

So why would patients stay on warfarin, modify their food and drink and get their blood checked monthly or more often?

Some, like Kupar, say they feel reassured by having regular monitoring.

Because these medications increase risk of bleeding, there’s some understandable unease.

A slight majority, 55 percent on anticoagulants, say they fear major bleeding, according to a survey released last year by National Blood Clot Alliance. Almost three-fourths (73 percent) say they are more cautious about routine activities since going on blood thinners.

That’s a valid concern for people on warfarin, Olson said. She wants people to know what can happen, if they aren’t monitored or don’t follow dietary  guidelines, but she doesn’t want them living in perpetual fear.

Kapur is one of about 1,400 people using Watson Clinic’s anticoagulation clinics, established in 1995. That’s down from a high of 3,000 or more, Olson said.

Bond Clinic also has fewer patients than before getting monitored for warfarin, but Rivera said that has advantages.  It allows more time for nurses in the anticoagulation clinic to counsel patients, working with them to reduce fluctuations in how well their warfarin is working, he said.

Patients on NOACS don’t need to come in for blood monitoring the way those on warfarin do.

“Some patients are thrilled that they’re not having to be monitored,” Olson said. “Others are scared to death.”

Doctors may encourage patients to remain on warfarin if they’re doing well on it.

Some patients aren’t suitable for the newer drugs, including patients who have a mechanical heart valve, Gonzalez said.

Cost is another major reason. Warfarin is a lot cheaper.

A 2019 comparison by GoodRx found an average retail price of about $550 a month for Eliquis and Xarelto, compared to $18.59 for warfarin.

As patents elapse, however, those prices may drop to a more affordable level.

“They are great medications,” Rivera said of the newer anticoagulants.

“The main issue with them is the fact they’re so expensive.”

If a patient’s insurance covers those drugs, however, it’s a choice to consider.

“It’s a personal decision,” Kapur said. “Talk it over with your doctor and do what works for you.”