Breast Cancer doesn’t care Who you are.  Some Famous Examples are, Robin Roberts, Cynthia Nixon, Olivia Newton-John, Julia Louis-Dryfus, Carly Simon, Cathy Bates, Wanda Sykes, Christina Applegate and Suzanne Somers. These are all survivors. Some have been very vocal about their diagnosis and treatments and have even worked it into their media outlet. Robin Roberts made her diagnosis public on air at Good Morning America. Christina Applegate made it as part of her character on Dead to Me. Christina has also been very vocal about her choice to have elective Double Mastectomy after being diagnosed at age 36 after finding out that she carried the BRCA gene, aka the “breast cancer gene.” 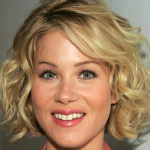 “I am a 36-year-old person with breast cancer, and not many people know that that happens to women my age or women in their 20s. This is my opportunity now to go out and fight as hard as I can for early detection.” – Christina Applegate 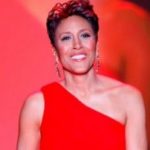 “I can’t stress enough how important it is to get screened and checked for all cancers — and to do self breast-exams.” – Robin Roberts 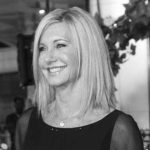 Olivia Newton-John was diagnosed 1992, the Grammy Award-winning singer, actress, and activist underwent a partial mastectomy & chemotherapy and had been cancer free for 25 years. During that time, she was quite the advocate for cancer awareness and founded the Olivia Newton-John Cancer and Wellness Centre in Melbourne, Australia in 2008.